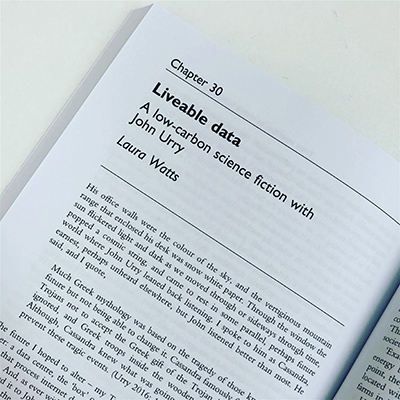 This is a Speculative Fabulation, which draws on my experiences working with John Urry at Lancaster University, and on his book ‘What is the Future?’ – quotes from which form the basis of my conversation with him. Of course, it also draws on my ethnographic research in Orkney, where I have been collaborating with the islanders on their energy and data futures.

The chapter is published in the book ‘Mobilities and Complexities‘ available from Routledge (Taylor Francis) in all formats, including eBook.