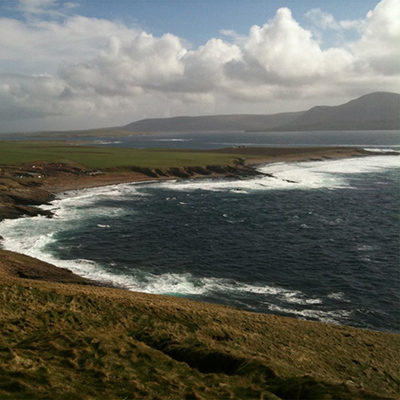 Stories in Wave and Stone

This was a conference session made into an arts and ethnography method. Five people from Orkney told their own personal story of one beach, where the European Marine Energy Centre has its wave test site–Billia Croo.

The session featured a collection of stories and presentations by those who live and work around this edge place: an archaeologist (Antonia Thomas), marine energy consultant (Gareth Davies, Aquatera), storyteller (Tom Muir), photographer (Alistair Peebles), and ethnographer (Laura Watts).

Billia Croo is a shoreline on the Atlantic coast of mainland Orkney, and test site for the European Marine Energy Centre, a world focus for renewable energy. Ten years ago it was a good beach to gather driftwood; a quiet, beautiful place, and layered with its own history. Now the power of those waves is being harvested for electricity, and its narrow road rumbles and bulges with traffic. Still, like the land and sea around, it remains many different places for the people who live, work or visit there, and also as a natural ecology.